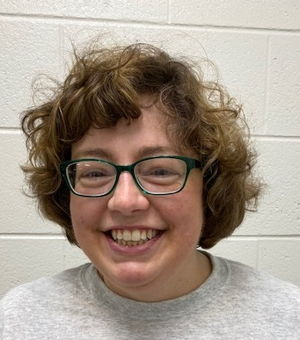 Karen is one of the content writers here at Inbound Back Office. She is also a high school arts and English teacher. Originally from Cincinnati, Karen moved across the river to Northern Kentucky about 12 years ago, where she lives with her four cats, Lucy, Schroeder, Snoopy, and Pigpen.

Before she taught, Karen did some professional theatre. Not on Broadway, but she did do some work with Broadway tours when they came to town by sewing costumes. She also toured the south, did various jobs at a summer stock theatre in New Hampshire, and worked with various opera and ballet companies. Now, not only does Karen teach, but she also directs 3 shows a year at school and is the artistic director for her summer drama camps. And, because Karen isn't busy enough, she also judges for various theatres in the Cincinnati area and volunteers at her church.

Karen also loves to travel, especially to New York City, and appreciates the fact that they help cater to her lactose intolerance easier than most places. Her favorite musical is Wicked, and she loves talking about musicals, plays and all things theatre, music, and cats.