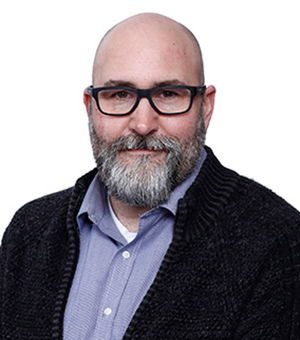 Ryan is a Graphic Designer for IBO. He began his career in daily newspapers as a photojournalist but quickly learned he had an eye for design as well. After spending the first part of his career working at newspapers in Indiana, Kentucky and Florida, Ryan went back to school for his master’s degree at Ball State University.

After finishing his degree, Ryan was asked to teach classes in photography, graphics and web design at Ball State’s Department of Journalism. While there, Ryan also created many immersive and study abroad programs. One of his nationally recognized programs - BSU at the Games - took over 100 students to four different Olympic games to create student-led newsrooms creating content that would appear in such publications as Time Magazine, Huffington Post, USA Today, The Philadelphia Enquirer and many more.

Ryan is a board member of The Society for News Design and has recently returned to the professional world as both a photographer and designer.